What does an Aftermarket Ford Warranty Cost?

The pricing structure for an aftermarket warranty for your Ford depends on the amount of cover you require. We have 2 plans, one that offers benefits up to R75,000 from only R390 p/m. A cheaper plan has benefits up to R45,000 for R315 p/m.

What does an Aftermarket Ford Service Plan Cost?

The future of Ford looks a little bleak at the moment (September 2019) with the century old motor manufacturer’s credit status having just been downgraded to junk status by Moody’s.  Yes, the same guys who evaluate South Africa’s credit rating and somehow decided that our debt is still investment grade!

Not so for Ford Motor Company who have been in for a bumpy ride over the last few years with the troublesome Ford Kuga Ecoboost 1.6 catching fire (which was recalled) and the Ford Fiesta Fiesta and EcoSport with its easy to pick lock problems where several owners have had their cars locks picked without the alarm going off. Thankfully Ford has come to the rescue and provided recalls to sort these known issues out – which should restore some faith in the Ford brand.

The “new” shape Ford Ranger bakkie was launched in 2012 and has been one for the best selling bakkies in South Africa ever since – having seen neck-on-neck sales with Toyota’s venerable Hilux until 2016 (when the all new Hilux was launched). The previous model Ranger was a slow seller but the aggressive styling of the T6 Ranger, specifically the Wildcat, won the hearts of many South African bakkie buyers.

In an ongoing Ford Ranger T6 Problems poll by popular 4x4community – you can see that roughly 5.7% of owners had minor issues and 6.7% had major mechanical issues with the Ranger 3.2L Auto. But don’t let this distract you as fewer people report good service and trouble free motoring than those who are frustrated and looking for recourse to problems.

If you are considering buying a used Ford Ranger T6 you should be aware that according to Steve’s Auto Clinic – the Ford Ranger has several known mechanical issues which you might want to check on before making a purchase.

You would do well to purchase any of these Ford models though, as any inherit issues should have been sorted out by dealerships under recall.

And of course – any unforeseen mechanical issues can be dealt with by taking out an Extended Warranty for your Ford Ranger, Ford Fiesta or Ford EcoSport. These are monthly plans and are well worth investigating.

And over the long term the cost of ownership can be reasonable with a Service Plan Here.

How to Detect Any Recalls on your Ford

If you are considering buying a used Ford or just want to know if you should be rectifying any potential issues your car may have, then simply punch your VIN numbers in here and take it from there. 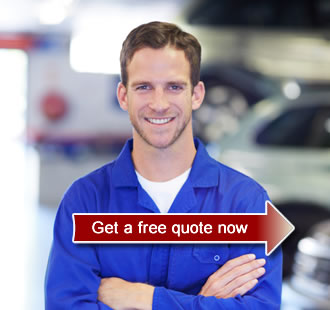